One of the most creative families on earth has released yet another  awesome hybrid of ear slamming, nasty, jumpy electro and familiar Shermanology signature vocal progressive house. ‘The Only Way’ can lift crowds to ultimate heights. Festival main stage banger all the way!

Ever since this talented family, inspired by jazz, funk and soul, formed a solid dance act, they were an extremely popular name at clubs and festivals. Their unique sound in electronic music is like nothing heard on the clubland circuit now, and not ever.

They started as Andy and Dorothy, musically schooled by their Father and Uncle who were soul artists in their own right, The Sherman Brothers. Growing up with an appreciation of the greats, the pair only listened to the finest funk artists – Prince, Luther Vandross, Aretha Franklin, Stevie Wonder, Bebe & Cece Winans and Earth Wind & Fire. In 2006 they released ‘3 Minutes To Explain’. This enormous club track was alongside the 2 greats, Fedde Le Grand and Funkerman, which validated the duo’s colossal potential. Leon Sherman then entered the frame to create once of the most diverse music families around.

Shermanology’s most recent release, ‘Can’t Stop Me’, a collaboration with superstar Afrojack, was a huge dance hit and made it’s way to almost every dance floor worldwide. As for fresh release ‘The Only Way’, the prognosis says this will be this summer’s next big club banger. ‘The Only Way’ is already supported by the world’s top notch DJ’s such as Steve Aoki, R3hab, Thomas Gold and played in international radio shows by Sander van Doorn, Dimitri Vegas & Like Mike, Nicky Romero, Afrojack and David Guetta.

Make sure your ears are glued to the stereo, because ‘The Only Way’ will take over the speakers! 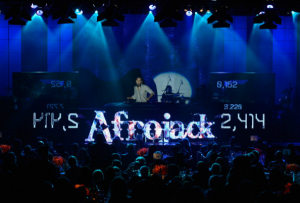 Event Of The Week